It was 8 years ago that we opened Be & Me in Shinsaibashi. Wow!

Our first student was Masahiro, a shy young University student who dreamed of travelling the world. His first lesson was 8 years ago today 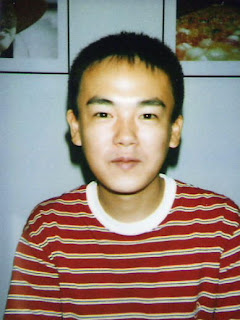 In Golden Week, we met Masahiro & his girlfriend Chika for dinner at Ola Tacos Bar, in Shinsaibashi. Masahiro has been living and working in New Zealand for the last 5 years, and now speaks excellent English! 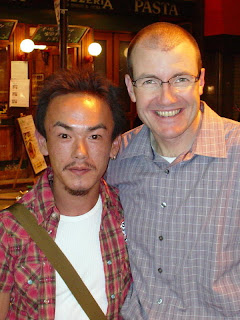 Having achieved one big goal – living in another country – Masahiro & Chika are working on another big one: They’re planning to open their own Sushi restaurant in Australia. Go for it guys!

Every month, our friend Simon holds a concert called Inner Sky at Covent Garden, a really relaxed & friendly “Canadian” pub in Kita Horie. The next Inner Sky is this Saturday, June 30th, from about 8:30 pm. The entrance charge is 1000 yen. That includes 1 drink. 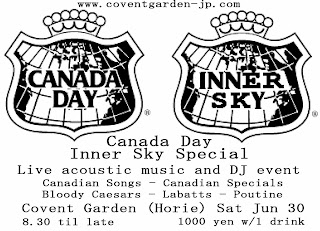 Sunday, July 1st, is Canada Day, so they’ll have Canadian music on the turntables and Canadian food, cocktails and beers at the bar.

Today is the Summer Solstice, the longest day (and therefore, the shortest night) in the year. [You can find out why at Summer Solstice (in Japanese)]

Also, tonight is Candle Night. Candle Night appears to have been started in Japan in 2003, but it is quickly becoming an international event. The organisers want everybody all over the world to turn their lights off and use candles from 8:00 pm to 10:00 pm tonight. They hope that this will help save energy, encourage people to think about peace, and connect all the people of the world through the shared experience of candlelight. 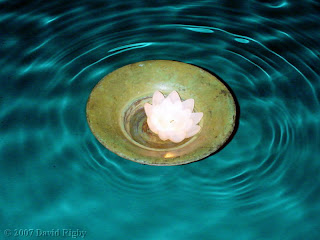 You can find out more at The Official Candle Night Homepage. They also have a list of Candle Night Events in Osaka, including a Candle Night Party in Covent Garden, a friendly foreigner/Japanese bar in Kita Horie.

So, make sure you pick up some candles today and join the rest of the world in celebrating Candle Night tonight!

Do you want a replica watch? Cheap medicine? How about some low-cost insurance? Good news; that loan you didn’t even apply for has been approved! Today and every day, e-mail offering these things, and lots more, clog my inbox – often more than once a day! We call this kind of unwanted junk e-mail “spam.”

A lot of my students assume that “spam” stands for something in the same way that WWW stands for World Wide Web or IBM stands for International Business Machines, and in a way they are right. SPAM stands for Spiced Ham (or possibly Shoulder of Pork & Ham – the product was introduced in the 1930’s, and the manufacturer can’t remember exactly where the name came from!) 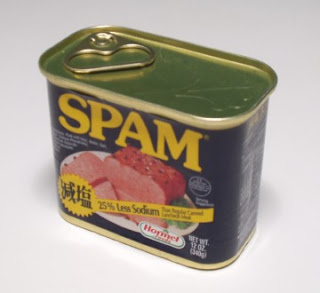 A Can of SPAM

The origin of the name of the canned meat is easy to understand, but what has that got to do with junk e-mail? The connection is a little bit more complicated…

Soon after SPAM (the manufacturer likes it to be written entirely in capital letters) was introduced, it became a popular food for the American Army. It was light; could stay fresh for a long time; could be eaten raw; and came in a square can, which made it easy to pack. (This is why SPAM is so popular in places like Guam, Hawaii, & Okinawa. The big American Army bases that are located on these islands sell their stocks of SPAM before they get old, making it a cheap meat in those markets.)

After the Second World War, Britain was very, very poor. Most fresh vegetables, fruit, & meat were rationed [carefully controlled by the government]. The only meat that was easy for Britons to get was SPAM. SPAM became a common menu item, especially in cheap restaurants, like roadside diners. Long after rationing was stopped, SPAM was still the number one meat in these types of restaurants.

In the late 60’s early 70’s, the comedy troupe [a group of performers] Monty Python became very popular in Britain, and eventually the world. (It could still be argued that they are the world’s most popular comedians!) One of their most famous sketches made fun of how common SPAM was in British restaurants. In the sketch, a couple are ordering breakfast at a roadside diner. As they are reading through the menu with the waitress, the other customers – all Vikings! – start singing “SPAM, SPAM, SPAM, SPAM! SPAM, SPAM, SPAM, SPAM!” It’s quite strange. 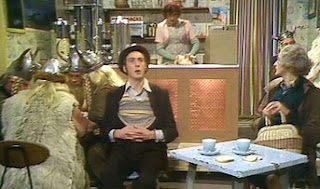 As the Internet & the use of e-mail became more common in the 80’s, people started getting unwanted junk messages in their inboxes. They jokingly called this junk “spam,” because it was there every time they went on line, time after time, just like the word “SPAM” in the famous comedy sketch. These days, the use of words like “spam filter,” “anti-spam,” & “spamming” is common. Next time you hear the word “spam,” remember that it owes its modern meaning to canned meat, 2 men in dresses, and a room full of Vikings!

By the way, reading this entry it might look like I can’t decide how to write “spam.” Actually, there’s a method to my madness; “SPAM” refers to the product, while “Spam” refers to canned meat in general, and “spam” refers to unwanted junk e-mail. So now you know!

Cut to a café. All the customers are Vikings. Mr and Mrs Bun enter - downwards (on wires).

Mr Bun
What have you got, then?

Mrs Bun (Graham)
Have you got anything without SPAM in it?

Waitress
Well there's SPAM, egg, sausage and SPAM. That's not got much SPAM in it.

Mr Bun
Why can't she have egg, bacon, SPAM and sausage?

Mrs Bun
That's got SPAM in it!

Mr Bun
Not as much as SPAM, egg, sausage and SPAM.

Mrs Bun
Look, could I have egg, bacon, SPAM and sausage without the SPAM.

Mrs Bun
What d'you mean uuugggh! I don't like SPAM.

Waitress
Shut up. Shut up! Shut up! You can't have egg, bacon, SPAM and sausage without the SPAM.

Mrs Bun
Why not!

Waitress
No, it wouldn't be egg, bacon, SPAM and sausage, would it.

Waitress
Baked beans are off.

Mr Bun
Well can I have SPAM instead?

Waitress
Shut up! Shut up!

The Vikings shut up momentarily. Enter the Hungarian.

A policeman rushes in and bundles the Hungarian out

Cut to a historian

Historian (Michael)
Another great Viking victory was at the Green Midget café at Bromley. Once again the Viking strategy was the same. They sailed form these fiords here, (indicating a map with arrows on it) assembled at Trondheim and waited for the strong north-easterly winds to blow their oaken galleys to England whence they sailed on May 23rd. Once in Bromley they assembled in the Green Midget café and SPAM selecting a SPAM particular SPAM item from the SPAM menu would SPAM, SPAM, SPAM, SPAM, SPAM ...
The backdrop behind him rises to reveal the café again. The Vikings start singing again and the historian conducts them.

Mr and Mrs Bun rise slowly into the air

Superimposed caption: IN 1970 MONTY PYTHON'S FLYING CIRCUS LAY IN RUINS, AND THEN THE WORD ON THE SCREEN SAID:

Fade out and roll credits, which read:

WAS CONCEIVED, WRITTEN AND SPAM PERFORMED BY

Voice over (Michael)
Haagbard Etheldronga and his Viking hordes are currently appearing in Grin and Pillage it at the Jodrell Theatre, Colwyn Bay. The Dirty Hungarian Phrase Book is available from Her Majesty's Stationery Office, price - a kiss in the bum.

Finally, here’s a link to a page that explains it all in Japanese