If you walk to our school through Crysta Nagahori, you probably see hundreds of these posters every week… 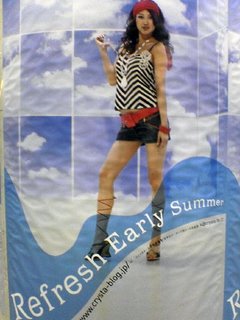 As I sit here in my shorts, the drizzle of the rainy season outside competing with the sound of the fan whirring away in the background, I think that some kind of refreshment would be nice. But what about “re-flesh-ment?” That’s right! I said “flesh!” When these posters first went up in April, the message along the bottom was slightly different… 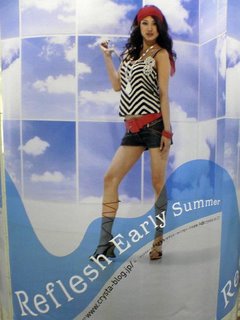 “Flesh” means the soft parts of an animal’s body, the muscle and fat – the raw meat!

Luckily, I took this second photo as soon as I saw the original posters. Only a week or so after they first went up, they were all replaced.

Someone made a little mistake that cost the advertisers the price of reprinting all the posters again. When you make a mistake like this, there are many things you can say. Unfortunately, I can’t teach you most of them here! Probably the best thing to say is, “Oops!” Next time you do something wrong, give it a try.
Posted by Be at 2:13 PM 1 comment: 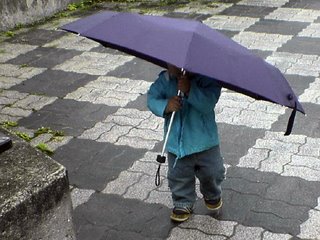 Rain, rain, go away.
Come again another day.
Little Johnny wants to play,
So rain, rain, go away!
I sing that nursery rhyme to my son every day it rains. Today is one of those days! It’s been raining non-stop since I woke up. My son loves to play outside. If he doesn’t play outside at least once a day, he builds up too much energy. All that unused energy turns into naughtiness – and then no one’s happy!

Luckily, today is one of my “lazy” days. I don’t have classes until the evening, so I was able to help my wife take him out. We went to a local shopping mall where we did some shopping (we bought a new rain cover for our son’s stroller!), visited a pet shop, had lunch at a family restaurant, and spent an hour or so in a kids’ amusement center. The boy’s sleeping now, so I guess that’s “mission accomplished!”

In English, we have many ways to describe rain. If it’s only raining a little, just a drop here and there, we can say, “It’s spitting.” If it’s a little heavier, just enough to need an umbrella, we can say, “It’s drizzling.” I guess a day like today would just be described as rain. However, if it were much heavier, we could say, “It’s pouring.” When it’s raining really, really heavily, we can say, "it’s raining cats and dogs!”

That last expression originated in England 3 or 4 hundred years ago. Back then cities were much dirtier than they are now. Buildings were built very close together, and people threw their kitchen scraps out their windows. Dogs & cats would live off the scraps that piled up between the buildings. When they died, their bodies stayed stuck between the buildings until very strong rains washed them out into the streets. When people passing by saw the bodies, they would jokingly say the bodies had fallen from the sky with the rain.

Next time it rains, try to describe what type of rain it is using one of the phrases above. In the meantime, spare a thought for me – I’ve got to ride to the station in the rain now, and it’s pouring!
Posted by Be at 4:59 PM No comments:

Welcome to the Be & Me Blog – at last! Hopefully, this Blog will be a fun place for the students of the Be & Me Eikaiwa Club, and other students of English, to practice reading.

Procrastination is to think about doing something for a long time but to never actually do it.

I’m the King of Procrastination. This Blog is a perfect example: I created it in January, but haven’t got around to posting an entry on it until today, June 14!

Most of us are procrastinators to some degree. The secret to overcoming procrastination is to – as they say in the Nike ads – just do it! 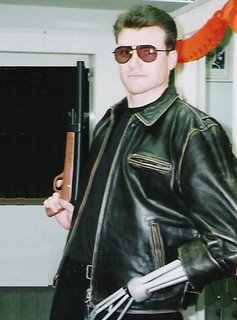