Halloween Party at Ola: The Photos 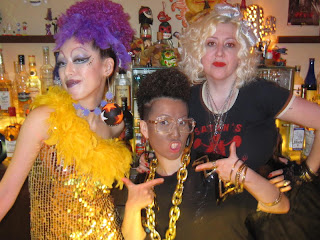 Click here for Be & Me's Photos of Ola's Halloween Party
Ola's theme for this year's Halloween Party was "The 80's." Boy George, Michael Jackson, Madonna, MC Hammer, even an 80's Drag Queen (we nick-named her Priscilla. And, YES!, it's a HER!). What else could you ask for? Well... a red-Afroed Brazilian, a London bobby, a Mexican wrestler, a cowboy, Kamen Rider, a family of Transformers, a big-headed Death, lots of long legs in short, red mini skirts, witches, zombies, and a Big Mac with a large Coke to go! A good time was had by all!

Click here for Be & Me's Photos of Ola's Halloween Party

Click here for Shino's Photos of Ola's Halloween Party
Posted by Be at 11:32 PM No comments:

Tomorrow night, October 29th, Ola Tacos Bar (a really cool Mexican bar in Shinsaibashi, Osaka) is holding its Halloween Party. The party is part of a bigger event called "The 5 Hallows." You can read all about it (in Japanese) here: The 5 Hallows

You can check out photos from Ola's previous Halloween parties by clicking on the following links... 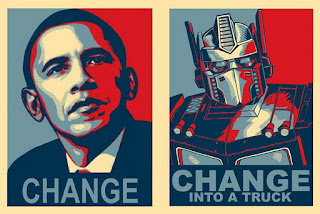 The above poster of Barack Obama (on the left) became very famous when he was campaigning to be President back in 2008. Recently, I found this parody poster (on the right). "To change" means "to transform." The robot in the poster is Optimus Prime, leader of the good Transformers.

I found the poster while I was researching this year's Halloween costumes for my family & I. This year we are... 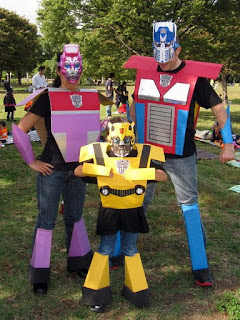 Our costumes had their first outing last Sunday at... 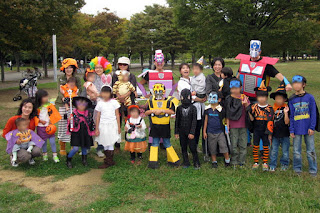 the Be ＆ Me 英会話 Club Halloween Picnic for kids

We're planning to make an appearance again this Saturday night, October 29th, at the Ola Halloween Party in Shinsaibashi, Osaka.

You can check out photos from Ola's previous Halloween parties by clicking on the following links... 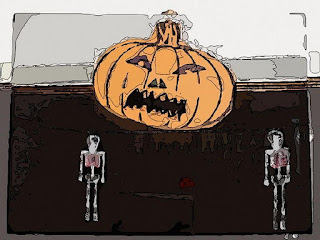 Halloween is here! You can start to celebrate from this Sunday!

For Kids & their Parents: The Be ＆ Me 英会話 Club Halloween Picnic for kids will be held this Sunday, October 23rd, from 1:00 in the afternoon. Trick-or-Treat will start at 2:00 pm so don't be late. Please talk to Rigby or Mayumi if you want to take part. (Click here for photos from last year's picnic)

For Adults: The very, very funny bilingual (English & Japanese) comedy troupe The Pirates of the Dotombori are holding their Halloween show this Sunday, October 23rd, from 7:00 pm. The show is being held at LOXO DONTA Black, a really cool theater in Tennoji, Osaka (Click here for map). It should be a really fun show! Check out their flyer... 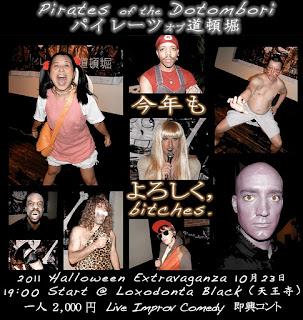 The Pirates of the Dotombori
Posted by Be at 8:19 AM No comments:

Live Music in Shinsaibashi this Saturday, October 8th, from 8:00 pm

このブログ の日 本語訳はこちら をクリックしてください！
Our good friend Dave has recently started singing with a rock band called Revolution. Revolution are playing at the Shinsaibashi Blarney Stone this Saturday, October 8th, from about 8:00 pm. The show is free!

The Blarney Stone has great pub food - fish and chips, hamburgers, and so on - so we recommend you go a little early and very hungry! We'll be there from about 7:00 pm. Hope to see you there! 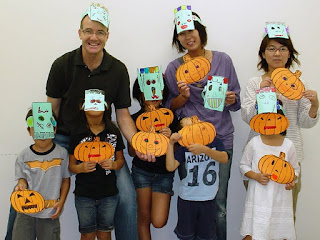 It's October already! That means Halloween ( ハロウィン ) is coming soon. This Sunday, October 9th, Be & Me 英会話 Club is holding a Halloween craft lesson for kids at the Tsurumi Kumin Center, from 2:00 to 3:00 pm. Rigby, Mayumi, and guest teacher Melanie will be teaching kids how to make masks and decorations for Halloween. The charge is ¥1,500 (¥1,000 yen for existing students and their immediate family [brother, sister, son &/or daughter]). Call 06-6915-2613 before Saturday at 6:00 pm to make a reservation.
Hope to see you there! 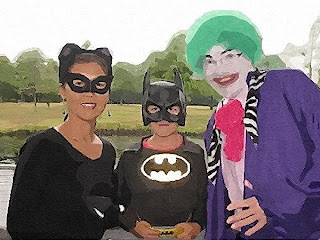